The family Strigidae (owls) includes around 200 species of mostly solitary and nocturnal birds of prey characterized by an upright stance, a big, broad head, binocular vision, binaural hearing, sharp talons, and feathers adapted for silent flight. The diurnal northern hawk-owl is one exception.

Like many other birds of prey, Owls eat primarily small animals such as mice and insects, although a few breeds specialize in hunting fish. They may be found throughout the world except for the polar ice caps and certain remote islands. The Strigidae family includes true (or typical) owls and barn owls. A “parliament” is a group of owls. Here’s everything about albino owl and what to do if you encounter them by Hedgethebook.

White birds are pretty common in the wild, with swans, egrets, gulls, and even owls known for their snow-colored plumage. But what about a white cardinal, hawk, or great horned owl that should be a distinct color?

It is not uncommon for a great white owl, or any other bird, for that matter. Albinism is a group of genetic diseases where there isn’t enough or too much pigment production in a bird’s feathers. Because of a hereditary mistake, albinism may result in an animal having no or negligible to moderate melanin pigmentation. As a result, the animal would lack coloration in their face, downy undercoat, eyes, beak, and often feet.

It is also worth mentioning that “true albino” owls are scarce (the same goes for all other animals). Still, it might be possible to find an owl with very limited or slight melanin pigmentation in its feathers. However, in most cases, when someone sees an albino bird of prey, they do not realize there may be some pigment in its plumage; thus, they assume it’s a true albino.

It is not a very selective disease; it can affect any mammal, bird, or reptile. So while the chances of finding an albino hawk-owl are slim, one should keep in mind that white animals aren’t that uncommon even in the wild.

The usual cause for all lack of pigmentation is the genetic variation; however, albinism may also develop due to hormonal problems during embryonic development (in which case it would be hereditary). Albinos usually suffer from poor eyesight, and some scientists claim they are more vulnerable to predators because their unusual plumage makes them stand out among other birds.

Albinism isn’t restricted to the animal kingdom. It can also affect species from many other animals, including mammals, reptiles, and amphibians. A deer with albinism might have entirely white fur but a dark-colored nose and eyes. Albinos in other species, like birds, maybe only be partially white, with some areas of their bodies retaining normal coloration.

Piebaldism is a term used to describe this. Some predators in the animal kingdom, such as cats, use movement and shapes to find prey. In these situations, albinism does not usually make a bird stand out as much as it does for us.

Is Albinism Harmful For Owls? 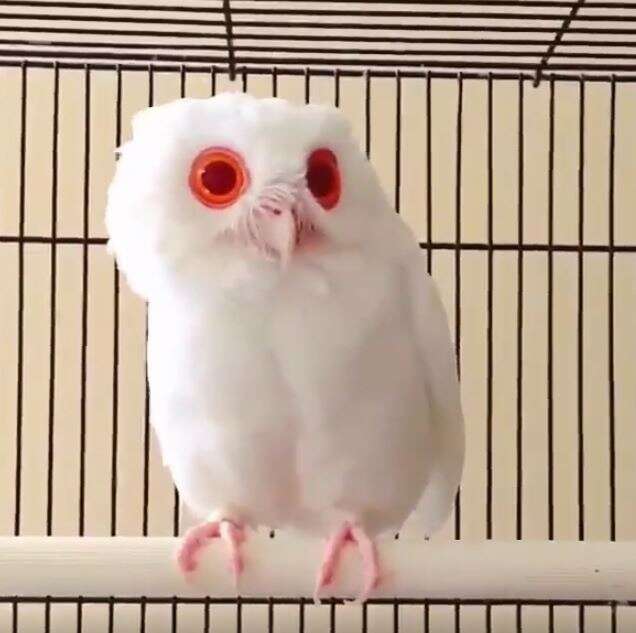 Albino Owls most likely do not have perfect eyesight, and they may be easier targets than regular owls. However, they are not less resilient or intelligent. Unfortunately, albinos usually have poor eyesight. The lack of melanin also makes them more susceptible to cancer and other diseases because the immune system is ineffective at fighting off infections and invading organisms.

Loss of pigmentation can be harmful to some species, such as pandas which rely on camouflage (especially when hiding from predators). Most animals with albinism may mean that they will grow up more slowly than their peers and mate later in life. However, this does pose a threat since predators may find them while they’re still young and small.

Albinism is not a healthy condition, and many albinistic individuals will not live long enough to reproduce or have as many offspring as those without this genetic disorder. In nature, only individuals with some “normal” plumage will find a mate and reproduce. This means that albino birds of prey usually do not contribute as much to the gene pool as their typically colored counterparts.

It is worth noting here that white covers all variations of melanin coloration from very dark brown to very pale pinkish cream. So it would be expected for an owl with red eyes to be described as “albino.”

If you are still unsure whether your owl is an albino, there are other ways to prove it. One way would be to examine its eyes. Albino animals have red or pink eyes because they lack the pigment which gives them their characteristic golden-yellow coloration.

Another method can include taking your owl to a veterinarian for some blood tests. The vet will most likely run the typical test for any bird of prey to check if it has proper levels of vitamin A, but this might also help determine whether or not your animal is truly albino or just temporarily lacking in pigmentation.

The answer here depends on the species of owl in question. The two main types of owls in North America are typical and barn owls. Typical owls (such as great horned owls and barred owls) tend to be much darker than their cousins; the barn owls commonly have white patches on their bodies.

The black phase is also typical for many species, such as red kites, ravens, eagles, etc. This transition can help birds cope with living in colder climates because they blend better with their environment.

However, the black coloration does not necessarily mean that an owl is an albino. Some owls may lack melanin, which changes their overall color to create white patches (often on the face). These animals can still produce dark pigmentation, making it appear as though they are solid black with no visible markings.

Read More About: Do Pandas Eat Meat: Myth or Fact

So What Does This Mean For Owls? 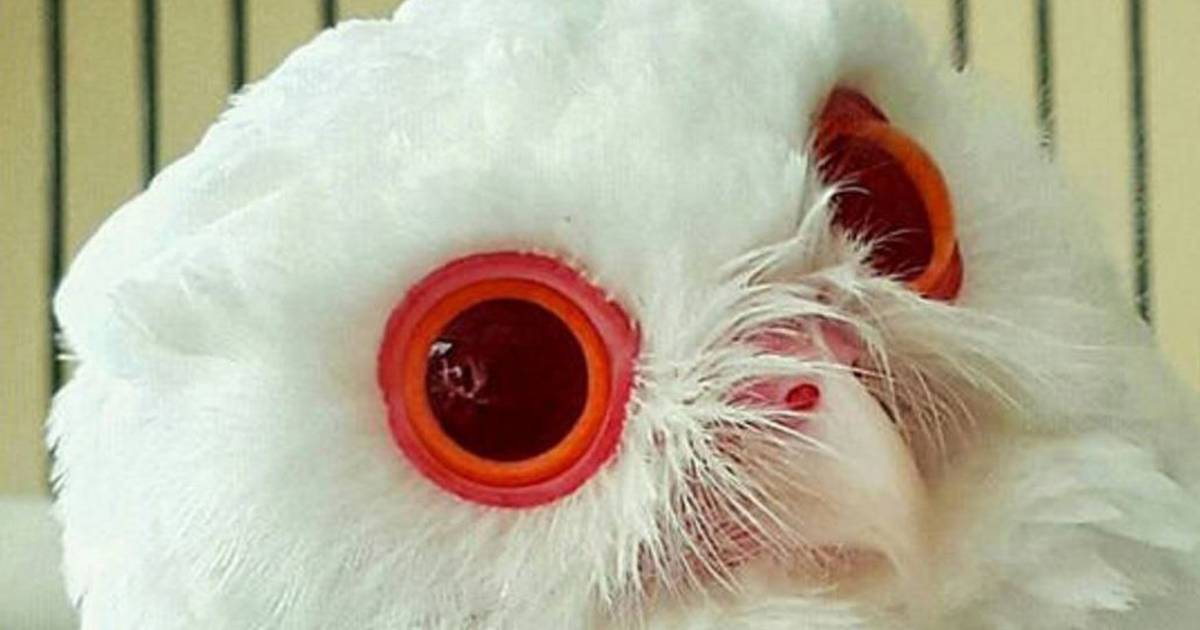 Animals with albinism can undoubtedly live long lives and make great companions for humans (provided you treat them well). However, most will never live up to their true potential or breed with other species members because they do not have the same capabilities as those without this genetic disorder.

This means that the albino owl is still at a disadvantage and will likely continue to be if we do not take the trend to ensure that these animals live as safe a life as possible.

If you come across an albino owl, please consider the following: 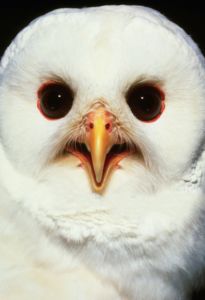 1. They may have poor eyesight, but they can hear just as well as any other bird of prey! Don’t corner them or try to pick them up because their vision does not help them determine what is going on around them or how close they might be getting.

2. Never attempt to feed wild owls because this could prevent them from catching food for themselves, leading to starvation. Instead, contact your local wildlife association if you feel compelled to give an animal a hand. They will know the best course of action to help you determine what to do next.

3. If your albino owl appears to be struggling, constantly blinking, tilting its head from side to side, or wandering around aimlessly, it may have a neurological disorder that could lead to seizures and fatality if not treated immediately by a vet.

4. If you have an albino bird that is injured or ill, does not attempt to care for it yourself unless you are trained in how to do so. Contact an experienced vet immediately and ask for their advice on what you should do next. You can also contact your local wildlife association, which may be able to help point you towards the resources that will allow you to care for this type of bird properly.